where it can be used. It is no different then other geophysical instruments. Where does GPR work? Well, below is a map from the US Dept. of Agriculture NRCS. Other more detailed state maps are available from NRCS showing where ground penetrating radar is suitable.

Tell us about your GPR experience on Where Does GPR work by posting a response at the bottom of the page. 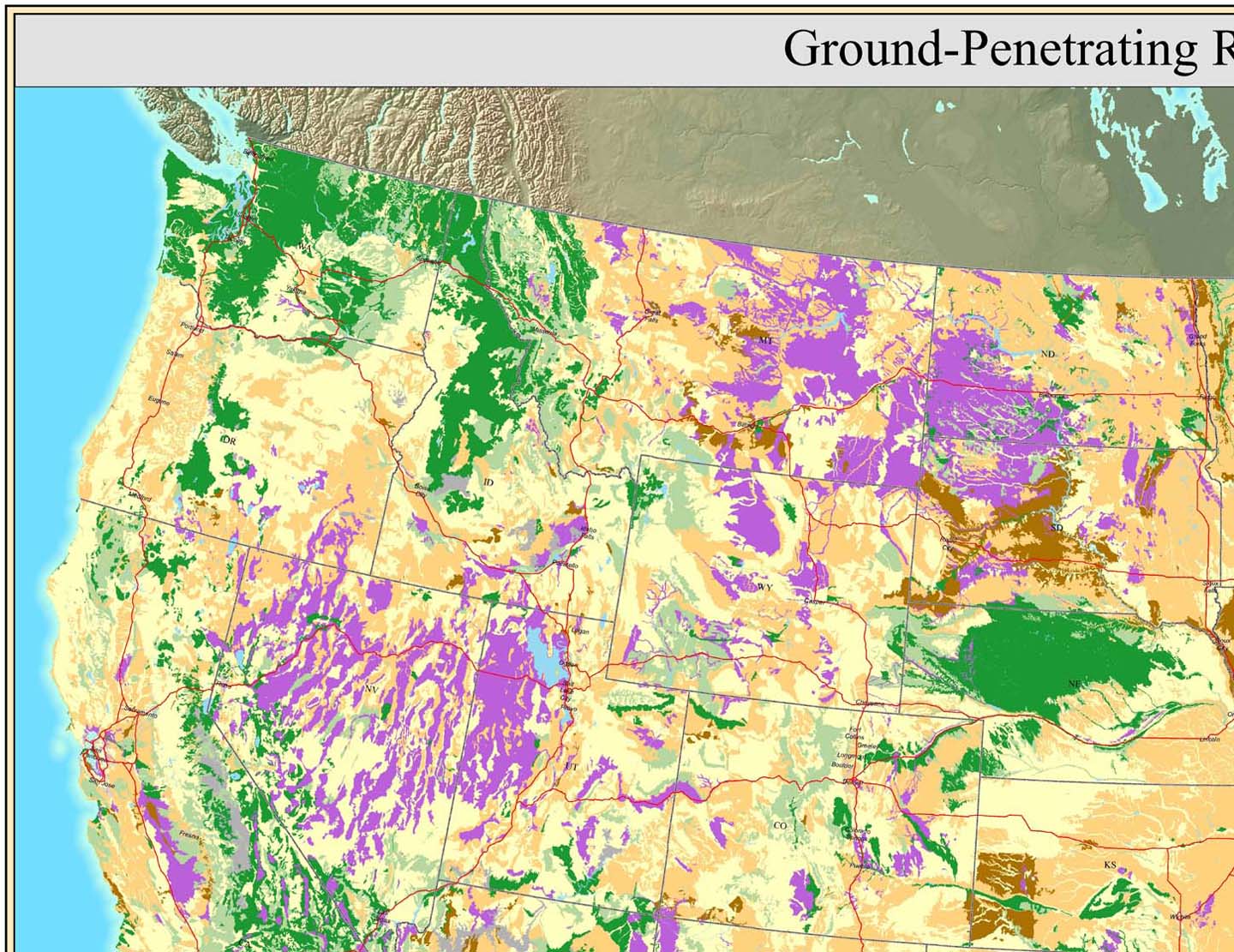 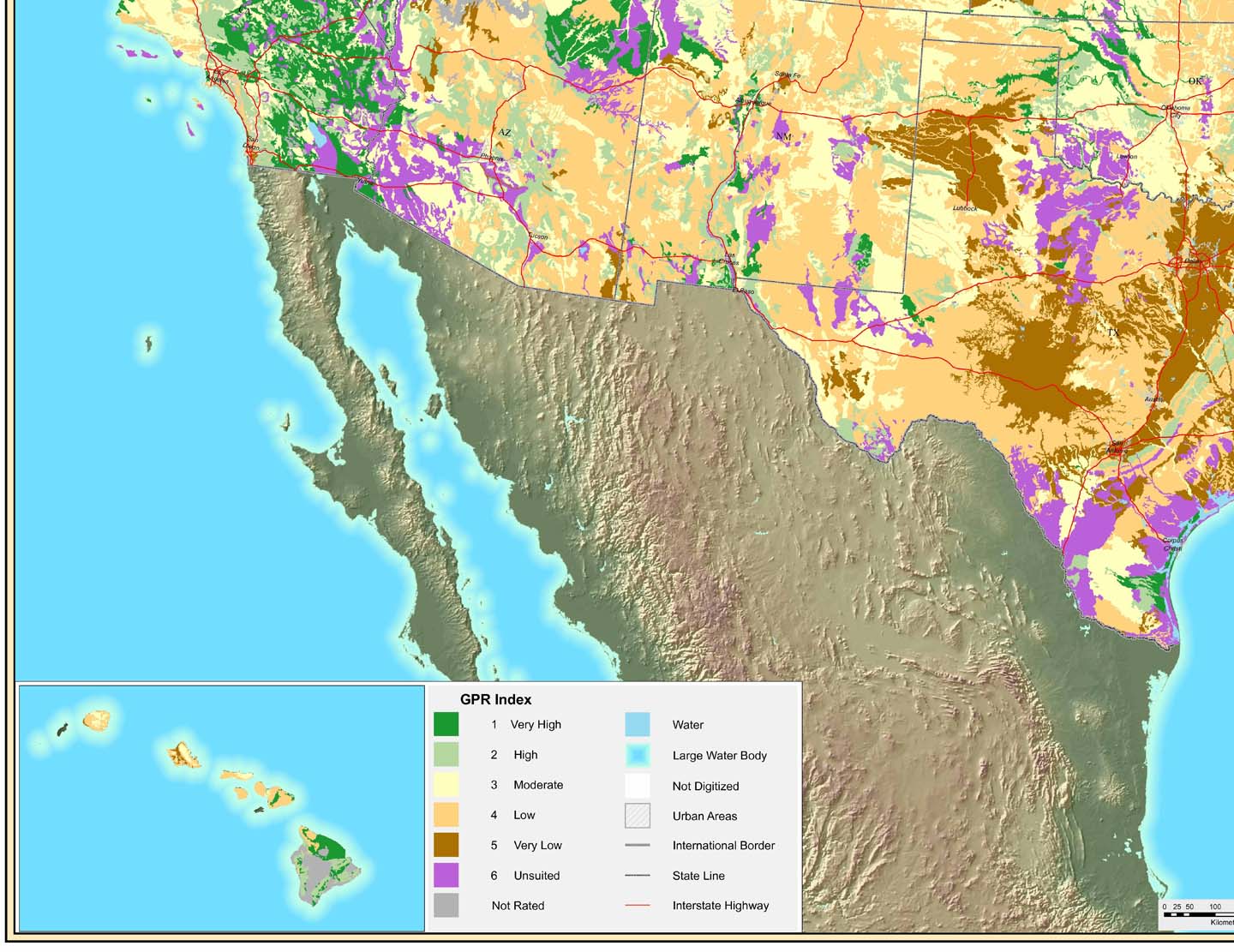 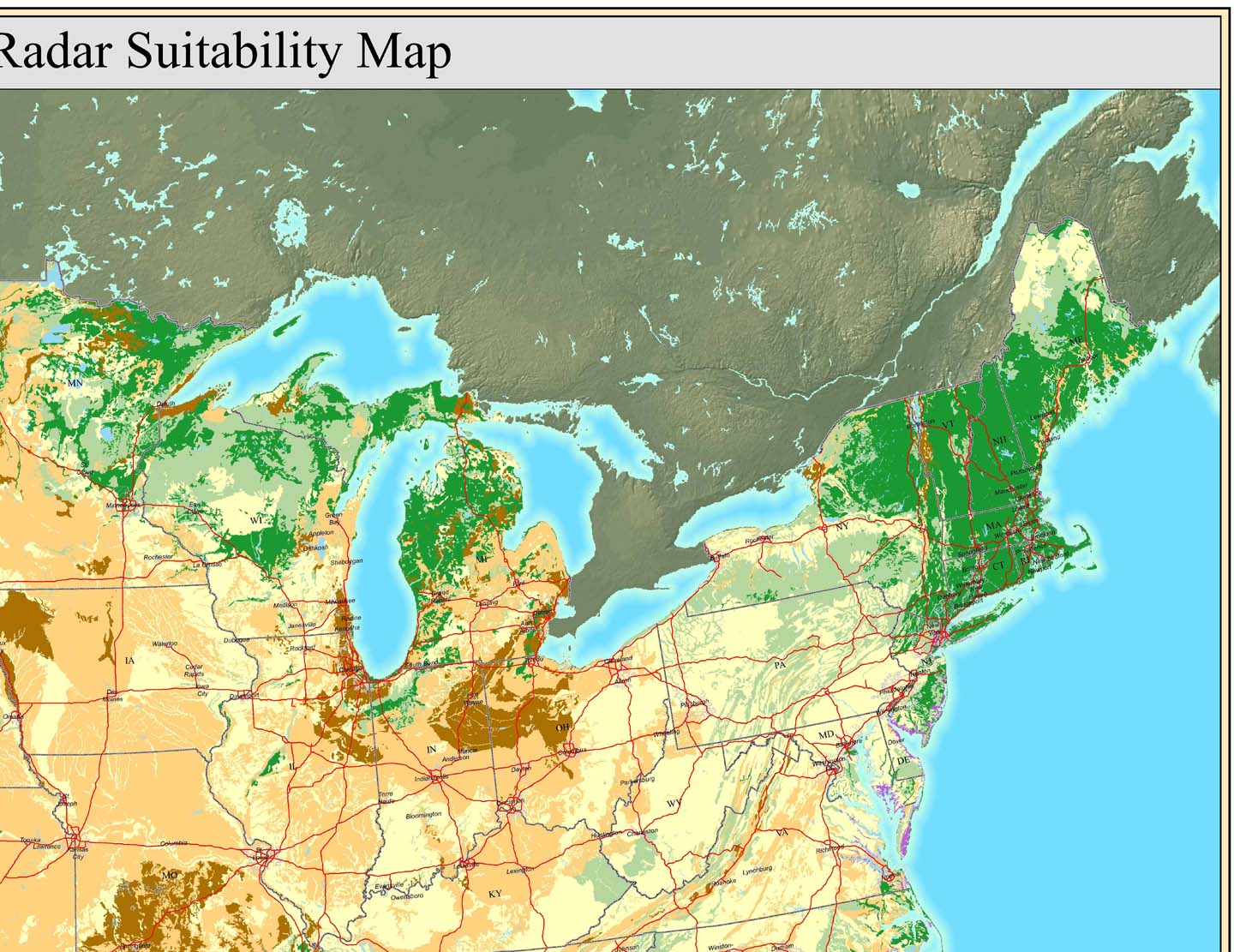 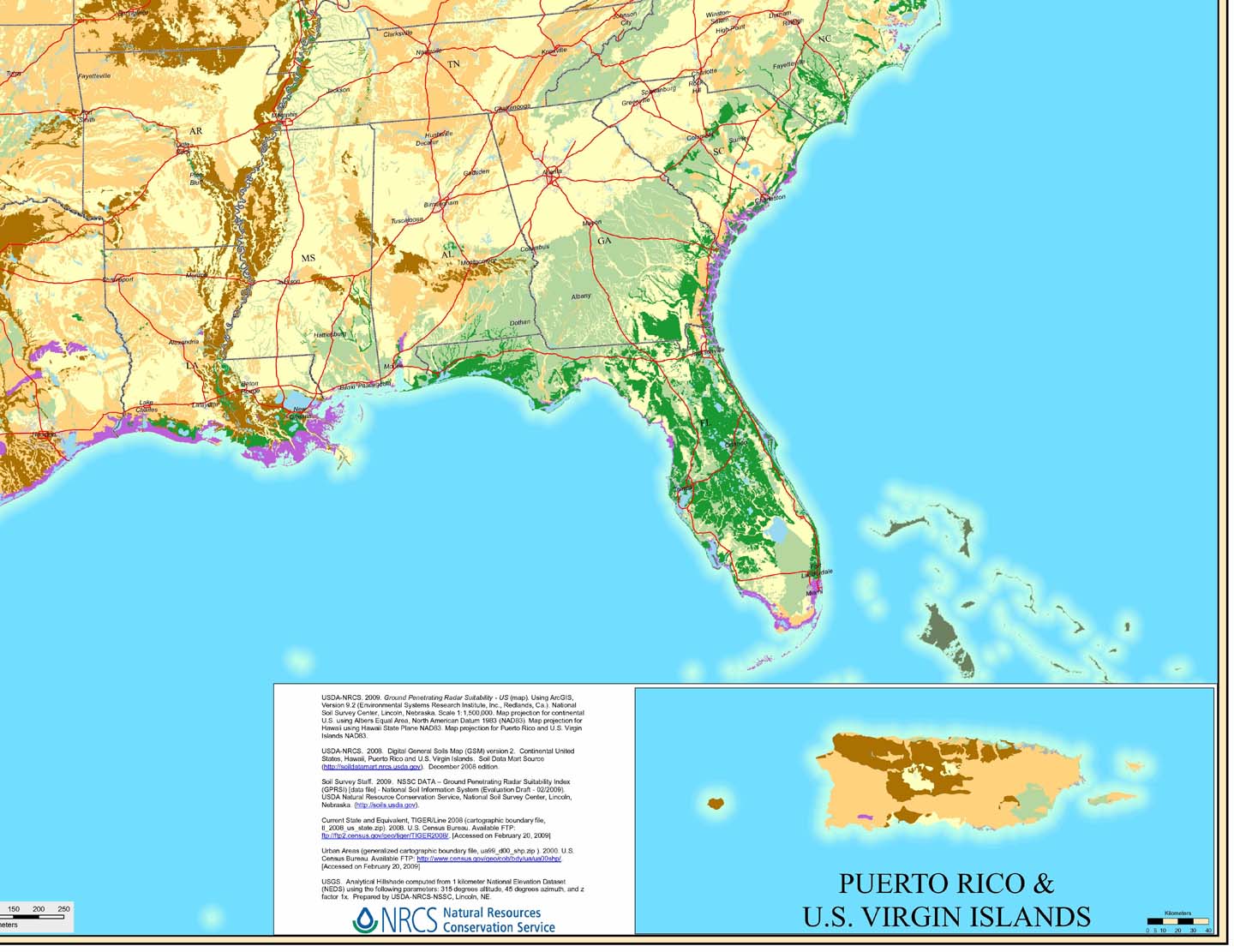 Again, where does GPR work? Areas shaded purple are labeled unsuited and areas shaded dark green are very high on the index. Off white is listed as moderate.

GPR data from a site that responds well

is often spectacular. GPR results from a bad record area are often a nightmare. Without a known target at a site to test the GPR unit’s response, it is not always easy to predict if GPR is a good choice. Geophysicists, engineers, geologists, military, and underground utility locators need to consider the soil conditions and select antennas accordingly. There are many case histories where GPR failed because of poor site conditions. Electrically conductive materials (e.g., soils rich in clay minerals or groundwater) limit the depth of penetration of GPR. The problem is typically scattering or absorption of the electromagnetic pulse. In other words, the GPR signal is attenuated. While high and low frequencies experience scattering, the GPR signal from higher frequency antennas are more likely to be absorbed. The media the GPR signal needs to pass through often dominates the success of a GPR survey. Good soil conditions are necessary for good results. Ground penetrating radar instrumentation often plays a much lessor role. Here is an analogy,  an old piece of junk car (like the one I had in collage) and a sports car are going to race from New York to California. Because of global warming the Mississippi river was flooded and washed ALL the bridges out. In this example, it does not matter if someone has a piece of junk or a sports car, no one could win the race because no one made it across the mighty Mississippi. Electrically resistive media (e.g. sands, gravels, solid rock, and ice) allows the GPR signal to pass through the soil, much like the bridges allow the cars to cross the river. In the end if you can not get the GPR signal to penetrate the soil to the target of interest and then reflect back to the receiver, you, the client, the engineers, the geologists, and many others will not be happy with the GPR results. In the end, where does GPR work? It works in areas with good site conditions. For assistance with mapping clays or partially saturated soils, try using a Geonics EM-31, EM-38, or EM-34.