This image demonstrates why GPR needs to be acquired in two directions. Study the blue colored ground penetrating radar response shown in plan view in the upper left. Each of the gray lines represents the path followed by a concrete scanner. GPR used for concrete scanning is generally about 1000 MHz. The upper right plot is a cross-section created along one of the gray line GPR paths. The four examples below the top two GPR plots show that a GPR line that crosses perpendicular to a buried line is likely to detect the buried line, while parallel GPR lines may miss detecting a parallel buried line. This demonstrates that by not collecting GPR data in two perpendicular directions one can miss a buried line that is parallel to the lines that are collected in only one direction. 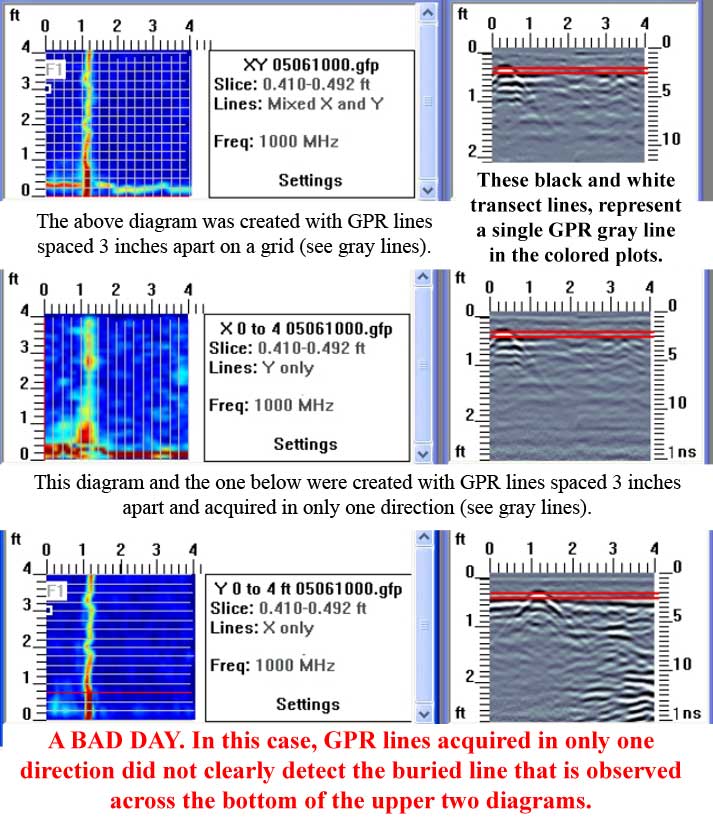 GPR in two directions finds more than one direction.

Go ahead and add to this post if you have questions about GPR.